It is only a number. One more number. But behind it hides another level. 5G is here to stay and, more specifically, to change everything. A new generation of data transmission and connection that has begun to take its first steps in 2019. 5G is more than a technology, it is also a career in its development and implementation where many are interested in not being left behind. Because whoever has the key to connectivity opens the door of the future.

Perhaps that is why it is estimated that mobile operators around the world are investing around $ 160 billion each year in expanding and upgrading their networks. But let’s go back to the beginning. When we talk about 5G we are talking about the fifth generation of wireless communication technologies and standards. As explained by the technological reference Xataka website, it is the Internet that devices such as a mobile phone use to connect to the network anywhere. 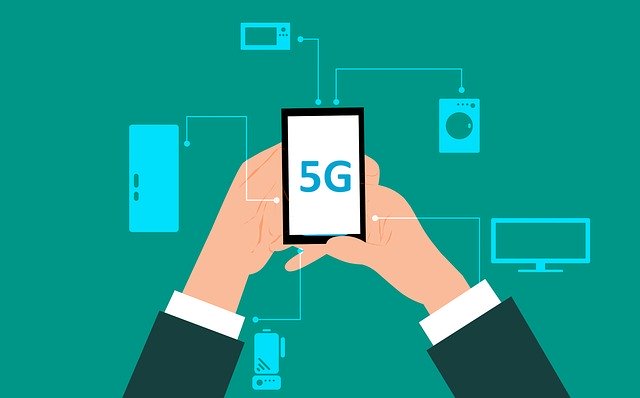 A generation that, as explained by the GSMA – the organization that represents the interests of mobile operators around the world, uniting more than 750 operators and about 400 companies – will also have an impact on the economy. It is estimated that 5G will contribute 2.2 trillion dollars to the global economy in the next 15 years, with key sectors such as industry, public services, professionals and financial, that will benefit the most from this new technology. In the latter, in Spain, Banco Santander has begun to lead this change, through an agreement with Telefónica to launch a joint innovation project on this technology applied to the banking business, thus converting two of its branches into first bank branches connected to 5G in Europe.

In practice there is nothing new. It is an evolution of the most widespread generation today, 4G. Its natural successor. His best version. His arrival, in the words of Mats Granryd, General Director of the GSMA during the past MWC Barcelona 2019, “forms an important part of the world’s movement towards an era of intelligent connectivity, which, together with developments in the Internet of Things, Big Data and Artificial Intelligence is about to be a key engine of economic growth in the coming years ”.

The crux that changes everything is the connection speed, which will reduce waiting time to an imperceptible minimum and exponentially increase the number of connected devices. According to National Geographic, 5G will allow browsing at up to 10 gigabytes per second, 10 times faster than the main fiber optic offerings on the market. However, we are still a long way – especially Spain – from seeing the full potential of 5G, which will arrive from 2020 and 2021.

Not only speed is key, so will the ability to connect new items, locations and services at the same time. 5G will be key for the development of smart cities, telecommunications, home automation, Industry 4.0, the automotive industry, transportation, etc. Within the framework of MWC 2019, one of the 5G application examples that caused the most stir was the possibility of performing surgeries remotely and that thanks to the Vodafone 5G Network deployed in Barcelona could be followed around the world.

The 5G will allow, ultimately, more connected devices. Something especially necessary considering that 1,400 million people will start using mobile Internet in the next seven years, which will bring the total number of mobile Internet subscribers worldwide to 5,000 million in 2025. But not only mobile. Cars, traffic lights, appliances, watches, pacemakers, robots, sensors … Cities. Under the umbrella of 5G, the Internet of Things (IoT) will be strongly boosted with global IoT connections tripling to 25 billion by 2025.